Innovative Design and Manufacture in Australia

Nowhere is Boeing’s story of innovation and technological advances in Australia quite as obvious as at Boeing Aerostructures Australia, the country’s only designer and manufacturer of advanced composite aerostructure components for commercial aircraft.

Based at Melbourne’s Fishermans Bend, the company has a long heritage in Australian aviation that began with its legacy companies in 1927 and has included the manufacture of aircraft which served in the Royal Australian Air Force during World War Two.

This is Australia’s largest aerospace contract valued at $5 billion over 20 years, and Fishermans Bend is the only Boeing location in the world to apply the unique resin infusion system that enables the components to be cured without a traditional autoclave. In the past two years, Boeing Aerostructures Australia has invested $70 million in site improvements to support 787 production increases over the next decade.

These types of innovations in technology and investments are due to Boeing’s long term view of its business in Australia; its investment in the training and development of its people, and its deep belief in research and development to create the next generation of manufacturing technology.

Boeing Aerostructures Australia worked hand-in-hand with Boeing Research & Technology – Australia to develop this highly valued intellectual property. It requires less infrastructure, labour and energy to produce a composite part and the weight and efficiency savings created using resin-infused composite materials also contribute to increased fuel savings on the aircraft. The co-location of the two organisations are also advancing the company’s application of advanced composite and automation.

In addition to work on the 787 moveable trailing edge, Boeing Aerostructures Australia’s over 1,200 employees are the sole source producers of 737 ailerons, 747 moveable leading edges and 777 cove lip doors, elevators and rudders.

Productivity and Safety is a Priority

LEAN manufacturing systems have long played an important part in manufacturing efficiencies at Fishermans Bend and Boeing Aerostructures Australia see this as an ongoing process of continuous improvement. The company is also strongly committed to Boeing’s global Go For Zero campaign, focused on achieving an injury free workforce, one day at a time.

From Melbourne, all aircraft components are shipped to the United States for final assembly at Boeing’s factories in Charleston, South Carolina and Everett and Renton in Washington State.

In addition, Boeing Aerostructures Australia also works with Australian suppliers such as Lovitt Technologies Australia, H&H and Marand, along with a range of Melbourne industry groups to support best practice sharing within the Victorian manufacturing industry.

Commencing in 2022, BAA, in partnership with the state government of Victoria, is launching a first-of-a-kind female apprenticeship program. ­­The program will see more women complete their Certificate IV in either Aeroskills (Structures) or Engineering (Mechanical).

Beyond the development of practical skills, participants will be supported in various aspects of wellbeing, safety and belonging. ­­The program will focus on building a culture of inclusiveness, connecting the apprentices to the Boeing early career network, buddying and formal mentoring, as well as providing them with industry-knowledge and industry networking opportunities. 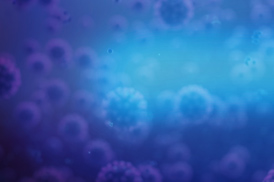