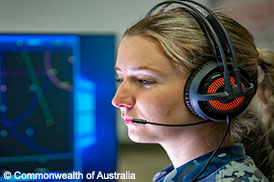 BDA is proud to be carrying out the supply, repair, contract management and engineering support services for the Australian Army’s equipment under the new agreement.